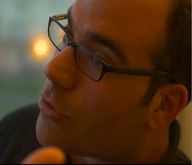 In 2017 I was awarded an Innovative Research VIDI grant from the Dutch Organisation of Sciences (NWO) for my project infra-demos.net .  In 2012 I was awarded an ESRC-Future Research Leaders grant for the project crisis-scape.net. Meanwhile I was awarded twice the Sussex Teaching Excellence award (2010 and 2012).

My books include:  The Road (2017), Critical Times in Greece (2018), Crisis-scapes (2014), Roads and Anthropology, (2014, 2012) and Revolt and Crisis in Greece (2011).  Over 60 articles and book chapters of mine have been published since 2010, whilst I was also an associate and advisory editor of the International Encyclopedia of Revolution and Protest.

I am in the editorial boards of the journals City, Anthropology and Materialism and ANUAC Rivista.